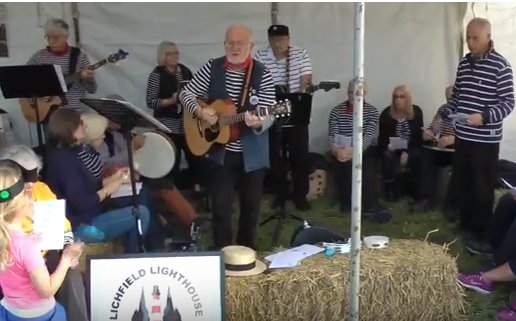 The Lichfield Lighthouse Foo Foo Band was formed towards the end of 2012. The term "Foo Foo Band" derives from the days of sailing ships when the sailors, in what little leisure time they had on board, would assemble an impromptu band, say a fiddler and concertina player and one or two singers and entertain themselves at the "fore" end of the ship, which is where "forebitter" comes from

The Foo Foo Band practices on an ad hoc basis prior to the shanty session, depending on availability of members.

Here are the links to our current repertoire: -